How to Handle Complaints and Conflict in the Workplace

by Alejandra FonsecaSep 14, 2018Leadership and Management

Employee complaints and conflict in the workplace are realities managers and business owners have to deal with on a regular basis. It only makes sense familiarizing with possible conflict situations and knowing the best possible solutions.

Below are fundamental points managers need to know to address employee complaints and concerns properly as well as to resolve conflicts effectively.

Have a mindset to acknowledge problems

Before anything else, it’s essential to keep an open mind and to acknowledge problems or concerns as they emerge, as employees raise them. It is counterproductive denying a problem or becoming defensive whenever in the face of an issue. If employees complain, entertain the matter instead of dismissing problems outright. If there is conflict among employees, intervene as soon as possible unless the problem appears temporary or does not have long-term adverse effects on output or the overall operation of the business. It is advisable for managers to be proactive and not to wait for problems to worsen before acting on them.

An effective grievance system is needed to have a harmonious workplace. Employees should have an organized way of raising issues or complaints against management or other employees. An organized system ensures that problems are promptly and efficiently addressed as they are communicated to the proper departments or authorities, and not allowed to aggravate.

It’s not difficult to address complaints in an organized manner with all the technologies available at present. An online system would be preferable. It wouldn’t cost a lot to put up an internal website through which a complaint form can be filled out and supporting documents or media (photos, videos, or audios) can be attached. This would be applicable even for companies that employ home-based workers.

A traditional grievance system that involves typical paperwork and a visit to the HR may work, but it is unlikely going to be as effective as having it online. A good system should be able to accept complaint submissions through various channels, from email to direct messaging, SMS, fax, or even a phone call. With this, employees have numerous options or opportunities to address their concerns appropriately. It also encourages more to speak up whenever they see something wrong.

Once an organized grievance system is in place, it’s important to make sure everybody knows about it. Everyone should be encouraged to use the system and not to use other means to bring up concerns.

Moreover, set up levels for addressing different levels of problems. An organized grievance system also needs to be efficient. This means that solutions should be enough, and promptly implemented. It’s advisable not to overkill and likewise not to employ a solution that is less than what is necessary. If a memo or reminder is enough, there’s no need to disrupt the working hours of employees and supervisors for a full-blown interrogation.

Minor issues like the habit of some employees to overuse supplies in the pantry or the abuse of Internet connection can be addressed without making an employee suffer the “whistleblower stigma.” Some may just have the honest desire to solve a problem without attracting the disdain of other employees who may think they are trying to win favors. Nobody wants to be called a bootlicker, but it’s quite common to be tagged as one for doing something right.

To make sure that the grievance system works, managers need to ascertain objectivity. It’s not enough, though, to verbally express this. Verbally assuring employees that the management will objectively handle matters does not work. There’s a need to demonstrate or manifest it.

The grievance system should make it clear that all sides of an issue are heard before any pronouncement from the management is released. The purpose of this is to ensure the objective handling of concerns and conflict. If someone files a complaint, the subject of the complaint should have the opportunity to respond regardless of how strong the evidence is. Moreover, decisions on complaints and conflictsin the workplace should be divided among multiple management figures unless it is a minor issue. It’s hard to attain objectivity when the decision-making power only rests on one person.

On the other hand, there’s a need to make the process transparent. It does not mean, though, that everyone in the company should be informed about the outstanding issues. Transparency only applies to those who are considered direct parties to a conflict, i.e. the complainant, the complainer, and the management people tasked to deal with the conflict. In the case of anonymous complaints, the complainer may no longer have to be directly informed, but a bulletin may be posted outlining the issue reported and the corresponding actions undertaken by the management.

Avoid being confrontational and badgering

In the process of personally discussing a complaint or conflict, it is advisable to maintain a calm demeanor. Trying to spook employees rarely gets the desired results. Badgering them for “honesty” almost always never gets to the truth. It is better to discuss matters calmly to carefully thresh out differences and come up with a solution or compromise that would satisfy all parties.

On the other hand, it’s advisable to discuss problems only when everyone has calmed down. It may be futile trying to resolve something when everyone is still agitated. A lasting solution is difficult to attain when everyone is still irate. Let parties in a conflict collect their composure first before intervening. If the complaint is aimed at the management, be sure to communicate with the complainants calmly. A carefully and thoughtfully written letter can be sent out first along with a proposal for a date to personally discuss the problem.

Discreetly resolve conflict as much as possible

Conflict resolution should lead to the restoration of harmony in the workplace and to facilitate the return to “normal” operations by making sure everyone is doing what they need to do and are prevented from doing things they are not supposed to do. It should not be about pointing fingers and finding someone to malign. As such, if an issue is discreetly resolvable, it should be addressed without the hullabaloo. Try to avoid dragging everyone in the workplace or affecting others with the problems of a few.

This is particularly important when addressing issues concerning employees who may have some degree of influence on other employees (seniors, team leaders or supervisors for example). Prevent the possibility of having a workplace divided by an issue.

It’s unnecessary and can even be counterproductive to expose someone’s wrongdoing to everyone in the workplace unless it is something that amounts to significant damage to the company. If there’s a chance to make offending employees return to being productive workers without subjecting them to ridicule from other employees, it makes sense taking such an opportunity. Remember it takes time and resources to train employees. Why would you want to destroy someone who can still be a good part of your organization over a tolerable offense?

The handling of complaints and conflicts in the workplace should not only be done verbally. There should be a proper recording of details, from the filing of the complaint down to the resolution of the problem. This documentation can serve as a reference in the future and will make it easier to deal with administrative aspects of the complaint or conflict resolution.

When addressing conflicts and complaints in the workplace, as much as possible, the goal should be to restore normal operations and workplace dynamics, wherein employees go back to being productive employees. If everyone can be spared from severe penalties, it would be better to avoid imposing heavy punishments. If the problem can be solved silently, there’s no need to expose employees to possible contempt from their fellow employees. Just make sure everyone learns their lessons and steps are undertaken to prevent the same problem from happening again.

The imposition of penalties and punishments can have the beneficial effect of preventing offenses or problems from being committed again. However, if the penalty or punishment ends up adversely affecting an employee psychologically or mentally, it would fail to serve its purpose.

It would greatly help to allow the parties involved in the complaint or conflict to participate in the search for or the development of the solution. The management may have its own list of penalties or sanctions for specific offenses but it can be more productive to get inputs from everyone. The experience would be more valuable to employees if they know they had a hand in achieving the resolution.

Emphasize what the employee gets in resolving the issue.

This is to promote a sense of involvement. It helps to make employees realize that there’s something they get in helping solve the problem. The subject of a complaint or the two conflicting parties in the workplace needs to understand that cooperating with the process is not only for the company’s sake but also for their own good. It’s not only the business that benefits from problematic employees who change for the better, but also the employees themselves. They may receive bonuses or get the assurance that they will not be on the chopping block in case retrenchment or other business difficulties are encountered.

Dealing with complaints and conflict in the workplace is not a straightforward process. Most companies have conflict resolution manuals but not everything can be effectively solved by the book. Consider the points discussed above to deal with workplace conflict efficiently. 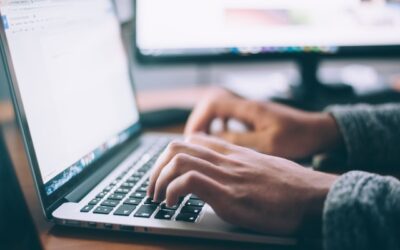